Anyone who visited this past weekend’s Farmers’ Market could not help but notice a brightly-coloured orange, yellow and blue vendor stand and a young vendor whose head barely popped over the counter.

Nine-year-old Morinville resident Orryn Hall-Im is the owner of All In Snacks, which sells chips, drinks, trail mix and granola bars to market-goers looking to quench their thirst or have something to nibble on while they shop.

Mr. Hall-Im said he got the idea for the business a couple of years ago when he learned about another young entrepreneur. 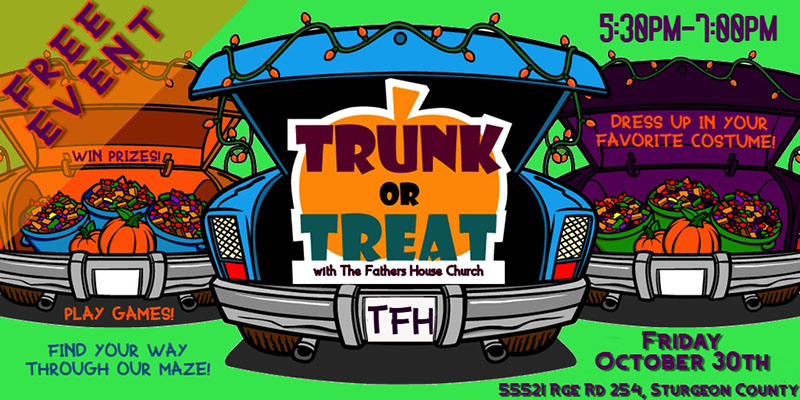 Mr. Hall-Im applied to the Town of Morinville for a youth business license, which is issued to young entrepreneurs at no cost. His older sister made his snack stand in shop class at high school, and he decided to expand his offering to snacks and drinks.

One of Hall-Im’s first customers Sunday was his bus driver Miss Sharon, who said she’d come and support any child she’s had on her bus because any child on her bus is now her child.

The service came with a smile, and that’s the important part,” she said of Mr. Hall-Im’s efforts in serving his customers.

Mr. Hall-Im said he plans to be at the market every weekend, but he may go camping with his family one weekend to take a break.

The Morinville Farmers Market runs every Sunday from noon to 4 p.m. on 104 Street as well as in the Rendez-Vous Centre parking lot.

The Morinville Farmers’ Market is back on for another season with more vendors and more area. Market Manager Christine Mercier is seeing an increase in traffic with the markets move to Sundays from 12 p.m. […]

by Lucie Roy Dolls have been around since the earliest times, and Morinville is no exception. As people were busy cleaning out their closets while at home, we asked a few people to show us […]